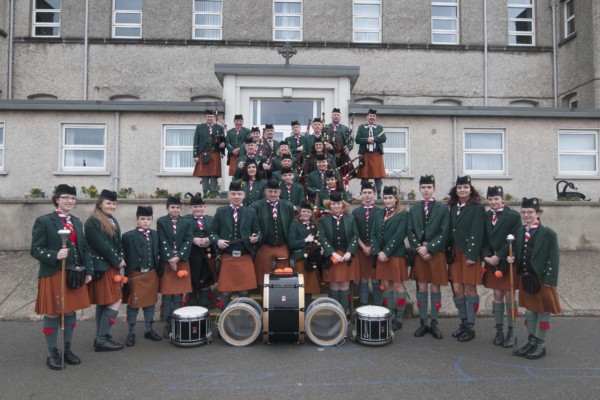 This will be the fifth occasion the band has been invited to take part in this very prestigious festival which was founded in 1971 to contribute to the development of Breton and Celtic music and culture. The event takes place from the 4th to the 13th of August.

For the duration of the festival, Lorient will be the centre of the Celtic world, with contingents from Scotland, Wales, Cornwall, Isle of Man, Northern Spain and of course both parts of Ireland participating.

The festival attracts some 800,000 people and has 4,500 performing artists and it is staged over ten nights in various parts of Lorient and its surrounding hinterland.

De La Salle Scout Pipe Band will perform to an audience of approx. 15,000 at the nightly “Magic Night Celtic Extravagances” where all of the Celtic Nations will perform. The band will also participate in the Grande Parade on Sunday morning which will be viewed by 200,000 people in the streets of Lorient and will also be broadcasted live on French television. In addition to these major events, the band will participate daily in fringes shows and will perform their own concert on Wednesday afternoon.

Over recent months the band members have been practising hard in preparation for the festival and are looking forward to performing at the highest level while abroad.