Waterford has an All Ireland winner 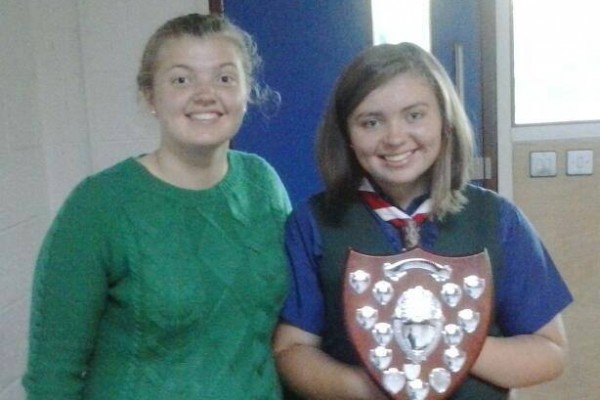 At the All Ireland Piping and Drumming solo competition held under the auspices of the Irish Pipe Band Association and the Royal Scottish Pipe Band Association in Northern Ireland held in Dublin on Saturday last September 21st, Eimear Costello from the De La Salle Scout Pipe Band won the Juvenile Under 14 piping event and was crowned All Ireland Champion for 2014 in her grade. This is a great achievement and continues the tradition of young Waterford pipers performing to the highest standard and winning All Ireland solo piping and drumming events.

This is the second time this year that Eimear has achieved 1st place in an All Ireland competition as she and four of her colleagues in the band, Adam Hayes, Philip Lawrence, Niamh Burke and Ciara Murray were all members of the winning 7th Waterford De La Salle scout patrol at this years All Ireland Scout Craft competition, The Phoenix, which was held in Castle Saunderson during the summer.

Elaine Stone who was a Juvenile All Ireland Piping Solo Champion a few years back and has now moved up the grades came 3rd in the Junior “A” Solo piping competition at this year’s All Ireland Solos and she will now be promoted to the intermediate grade. Elaine now competes with St Finbarr’s Pipe Band in Cork but continues to play with her home band, the De La Salle Scout Pipe Band in Waterford City.

So well done to one and all on what is a great day for piping in Waterford.