On Thursday evening June 27th 2013 twenty-eight members of the De La Salle Scout Pipe boarded the Waterford City Youth Committee bus and headed to Dublin for an onward flight to Berlin to take part in a very entertaining and enjoyable weekend in East Germany. On arrival in Berlin the band was met by Diana and Katja who were to be the band’s guides for the weekend. From Berlin the band travelled on to Cottbus where it was to be accommodated during its stay. On arrival we were met by our twinned band from North Berwick in Scotland. After becoming acquainted with its surroundings the band settled down for the night and got some sleep.

On Friday morning the band were out of their beds early and had their first views of Germany in day light. It was a beautiful, warm sunny morning and everyone was in good spirits even if they would have preferred to have had more sleep. After breakfast preparations began for the day and acts from various countries began to prepare for the day.

Above: Indonesian group practicing their act in the car park.

After tuning, the band boarded a bus and was taken to Luebbenau the first of its performances of the weekend. This is a beautiful location with some natural waterways which has been turned into a major tourist attraction. The activities of the day began with a parade through the village and this was followed by a boat parade of the nations through the natural waterways. This was a very pleasant and enjoyable experience which was enhanced by some impromptu performances by various pipers along the way to entertain the crowds that had gathered on the banks of the waterway at many locations.

On returning from the boat parade and having been fed, the Festival was opened and the separate performances of each of the fifteen countries participating commenced. Our turn came just after six o clock and we put on a fifteen minute performance of all Irish pieces and this commenced with James and Elaine doing a lovely rendition of Raglan Road which was followed by the full band playing The Dawning of the day. The band then played a variety of other Irish tunes, some of which had been especially learned for this festival and these were received very well by the crowd. The performance also included Irish pieces being played by John Stone on the whistle and Chris McAuliffe on the fiddle. On completion of all of the acts the Festival concluded for that day and the band returned to its accommodation for some well deserved rest and recreation.

On Saturday morning the band had a bit of a lie in and after breakfast there was a little time to explore the immediate locality.  Then after tuning it was time to hop on the bus to be transported to Burg for the second day of the festival. On arrival the proceedings began with a parade which was followed by each participant releasing a balloon into the sky to commemorate their presence at the festival. It was a great spectacle to see over five hundred balloons rise into the sky and fly away with the wind.

This was then followed with each country performing and again just after six o clock the De La Salle Scout Pipe Band representing Ireland made there way onto the stage. The performance time was longer than the previous day so the band added a number of additional Irish pieces to its programme.

Given that the band’s performances had been so well received by the audiences the organisers decided add an additional act and invited the De La Salle Scout and the North Berwick Pipe bands to join forces and play a number of popular piping pieces including Amazing Grace and Highland cathedral to close the day’s public proceedings.

When the audience had left it was time for the participants to party and despite the heavy rain that commenced just as the group struck up, everyone had a very enjoyable time. The day’s proceedings then concluded with a fantastic fire works display. 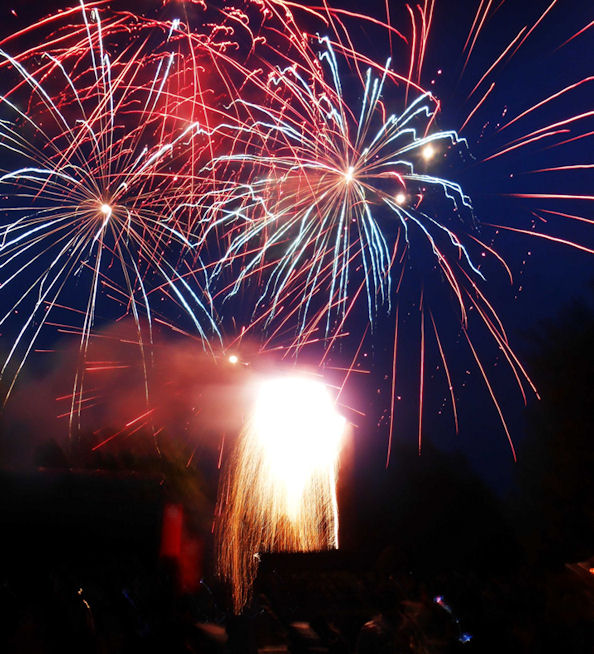 Sunday morning was sunny but a good bit cooler than the previous two days and proceedings commenced with an Ecumenical Worship Service which was attended by a large number of participants and visitors to the rose gardens in Forst.

Then at 1 o clock the Festival was opened and the De La Salle Scout Pipe band were first to perform. Its performance was for twenty minutes and was very similar to the previous day. Again the band was well received by the audience and there was great applause at the conclusion of the performance. There were many activities going on in the festival location for the day and the members of the band had the opportunity to wind down and relax. To conclude the day’s proceedings and the full festival the two pipe bands were again invited to join forces and do a final performance.

On returning to the accommodation block the members of the band had an opportunity to meet and mix with members of some of the other acts and to renew old acquaintances with the members of the North Berwick Pipe band who have been to Ireland on a number of occasions to play with DLS in St Patrick’s day parades and at other events.

Monday morning presented the opportunity for a little lie in and after breakfast everyone packed and got ready for a day’s sight seeing in Berlin. Diana and Katja played a vital role guiding us through the various historical sites in the city and we saw the Brandenburg Gates, the German Government’s building, the Holocaust Monument, parts of the demolished Berlin Wall and some even went on to see Check Point Charlie while the rest took the opportunity to do some shopping and to eat. 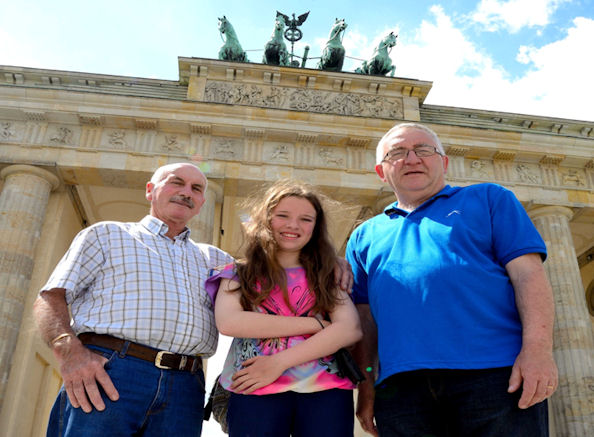 Then it was time to make our way to the Airport where unfortunately, due to a major thunder storm we were to stay for a good few hours more than expected as the flight to take us home had to be diverted.

Eventually we did take to the sky and had a very comfortable flight with most people trying to catch up on their sleep. We then loaded Paul’s van got on the bus and arrived in Waterford after four in the morning. 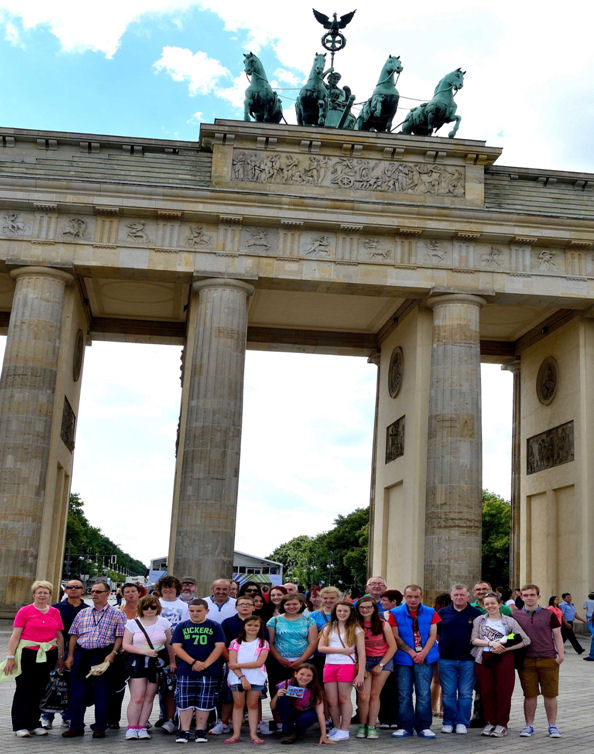